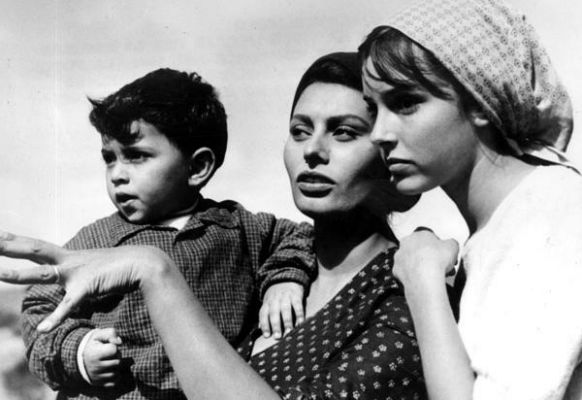 It may not have experienced a new wave in the same way as its French counterpart, but Italian cinema produced an incredible range of films in the 1960s. Not only did mature auteurs such as Luchino Visconti, Vittorio De Sica and Federico Fellini cement reputations carved out during the immediate postwar years, there was also a dramatic flowering of new talent – from Pier Paolo Pasolini to Marco Bellocchio, Lina Wertmüller to Francesco Rosi, Marco Ferreri to Liliana Cavani, Bernardo Bertolucci to the Taviani brothers. During a veritable decennium mirabilis, Italy produced westerns, comedies, thriller films, historical epics, horror films, cop thrillers, family dramas and much more.

On 1 May, Fellini’s  8 ½, (1963), one of the decade’s canonical pictures, gets a welcome rerelease in a brand new digital restoration. Fellini favourite Marcello Mastroianni plays Guido Anselmi, a filmmaker who struggles to get his latest project off the ground while juggling the myriad demands of his producer, his wife and his mistress. An impressive supporting cast includes Sandra Milo, Claudia Cardinale, while the music comes courtesy of Fellini’s regular collaborator Nino Rota.

In the late Fifties and Sixties Rome, and especially the Italian cinema centred here, was brilliant, giddy, scandal-loving and fun, and its heart was the Via Veneto. And the heart of the Via Veneto was its cafes, its night-clubs and restaurants for, as the writer Ennio Flaiano once quipped, the Via Veneto is ‘a strictly gastro- sexual experience’.

Flaiano and the film director Federico Fellini immortalised the street, its glitter, its elan and its dissipation, in their film La Dolce Vita. Tanio Secchiaroli, the most dynamic and cynical of the cameramen, inspired the role of Paparazzo, and the name has remained that of the prying, freelance photographer. Marcello Mastroianni, the journalist-star opposite the glamorous Anita Ekberg, hung out in the Cafe de Paris.

Surprisingly, Fellini completed just four features between 1960 and 1970 (La dolce vita, 8 ½, Juliet of the Spirits and Satyricon) as well as episodes in a couple of anthology films Boccaccio 70 (1962) and Spirits of the Dead (1968). There was also the small matter of The Journey of G. Mastorna – a project that the director was obsessed by and which remains one of cinema’s most famous unrealised films. But Fellini aside, what other great Italian films appeared in the 1960s? 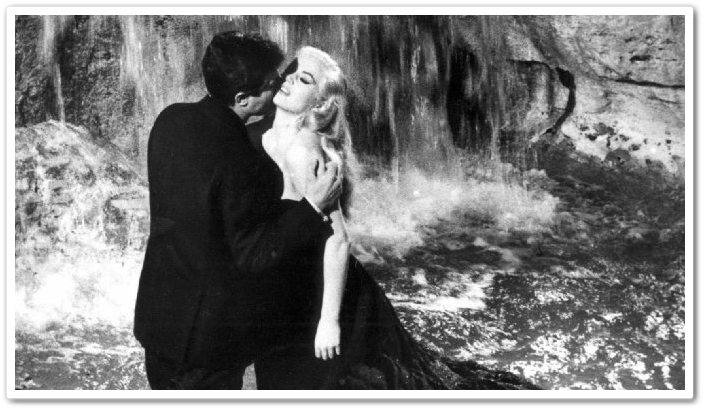 In putting together the following selection, the brief was the usual one: each title had to be available on DVD/Blu-Ray in the UK, with one film per director. All fairly straightforward. Except that after scribbling down 20 or so titles off the top of my head, I found that half of them were unavailable in the UK. There was no sign of films like Family Diary (Valerio Zurlini, 1962), Numbered Days (Elio Petri, 1962), The Lizards (Lina Wertmüller, 1963), Fists in the Pocket (Marco Bellocchio, 1965), Almost a Man (Vittorio De Seta, 1966), The Subversives (Paolo and Vittorio Taviani, 1967), Dillinger Is Dead (Marco ferreri, 1969) and several others. There were also very few commedie all’italiana (Comedies Italian Style) available in the UK. Titles such as The Passionate Thief (Mario Monicelli, 1960), Divorce Italian Style and Seduced and Abandoned (Pietro Germi, 1961 and 1964) or Il sorpasso and I mostri (Dino Risi, 1962 and 1963) couldn’t be included.

La Ciociara (Two Women) directed by Vittorio De Sica, rendering an astounding performance as a young widow in Vittiro De Sica’s bleak neo-realistic WWII drama, Italian Sophia Loren became the first actress to (deservedly) win the Oscar for a role in a foreign-language film. Filmed in 1960 by Compagnia Cinematografica Champion (Co Produced) on location in Itri, Italy. This was only there second film and its outstanding. This was all Sophia Loren in this film with Elenora Brown playing her daughter. Brown’s role was played well for a young girl at that time. The Movie is about the mother and daughter leaving Rome during the invasion of Italy by the Germans, they go back to there home in the country but face many challenges along the way. Including rape of both mother and daughter on there way back to Rome. Yes a war theme film.

The film stars Sophia Loren, Jean-Paul Belmondo, Eleonora Brown, Carlo Ninchi and Andrea Checchi. The film was adapted by De Sica and Cesare Zavattini from the novel of the same name written by Alberto Moravia.

And the world has moved on. The Italian cinema is not what it was, although Fellini and Mastroianni are still big names. Tanio Secchiaroli lives once again in the working-class suburb he came from. He does not think much of the paparazzi of today, but admits that the shots of the Duchess of York topless were ‘the biggest scoop since the war’.

Rome open City  was Roberto Rossellini’s revelation, a harrowing drama about the Nazi occupation of Rome and the brave few who struggled against it. Though told with more melodramatic flair than the other films that would form this trilogy and starring some well-known actors—Aldo Fabrizi as a priest helping the partisan cause and Anna Magnani in her breakthrough role as the fiancée of a resistance member—Rome Open City (Roma città aperta) is a shockingly authentic experience, conceived and directed amid the ruin of World War II, with immediacy in every frame. Marking a watershed moment in Italian cinema, this galvanic work garnered awards around the globe and left the beginnings of a new film movement in its wake. 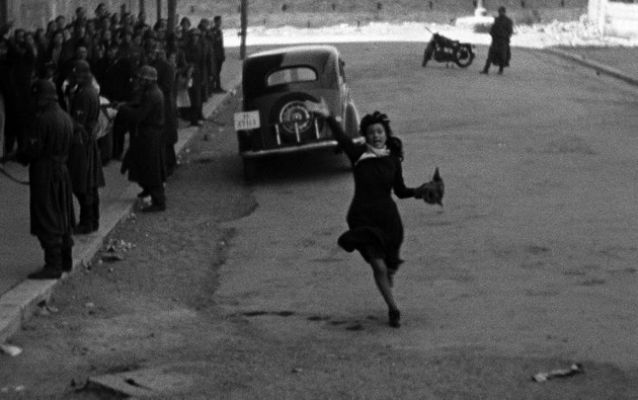 Having said all that, some filmmakers – Fellini, Rosi, Visconti, Mario Bava – are very well served, with extras-laden HD editions from labels such as Masters of Cinema, Arrow, BFI and Shameless that often surpass releases currently available in Italy or indeed anywhere else in the world.

Cinephiles often speak about Italian cinema with great nostalgia for past eras. The fact is, contemporary filmmakers working in Italy are making some of the most impactful, resonant, and awarded movies of this new century.

The son’s room. Directed by Nanni Moretti. With Moretti, Laura Morante, Jasmine Trinca. “A close family in a small northern Italy city. The father, Giovanni, the mother, Paola and their two teenage children: Irene the elder and Andrea, the younger. Giovanni is a psychoanalyst. In his consulting-room next to his flat, his patients confide their neurosis to him, which contrasts strongly with his own quiet existence. One Sunday morning, Giovanni is called by a patient for an emergency. He is not able to go jogging with his son, like he had told him. Andrea leaves to go scuba diving with friends and he never comes back from it…” (Cannes Film Festival notes). Winner of the Palme D’Or at the 2001 Cannes Film Festival.

Gomorra. Directed by Matteo Garrone. With Gianfelice Imparato, Salvatore Abruzzese, Toni Servillo. “Power, money and blood: these are the ‘values’ that the residents of the Province of Naples and Caserta, have to face every day. They hardly ever have a choice, and are almost always forced to obey the rules of the ‘system,’ the Camorra. Only a lucky few can even think of leading a ‘normal’ life. Five stories are woven together in this violent scenario, set in a cruel and apparently imaginary world, but one which is deeply rooted in reality” (Cannes Film Festival notes). Winner of the Grand Prix at the 2008 Cannes Film Festival.

Tale of Tales. Directed by Matteo Garrone. With Salma Hayek, Vincent Cassel, Toby Jones. “Once upon a time there were three neighboring kingdoms each with a magnificent castle, from which ruled kings and queens, princes and princesses. One king was a fornicating libertine, another captivated by a strange animal, while one of the queens was obsessed by her wish for a child. Sorcerers and fairies, fearsome monsters, ogres and old washerwomen, acrobats and courtesans are the protagonists of this loose interpretation of the celebrated tales of Giambattista Basile” (Cannes Film Festival notes).

Under a lucky star.  Directed/Actor  Carlo Verdone. Ever feel like you’re an outsider in your own family? Director and protagonist Carlo Verdone brings us a true comedy about reconnecting with complete strangers than just so happen to be… his own children. With a theatrical feel, Under a Lucky Star challenges us to reflect on the decisions we make when the choices are still available to us. The film also comments on the generational shift of Western Europeans – aptly relatable here in North American – and the state of culture in Italy; two views often explored inherently by twenty-somethings across the map.