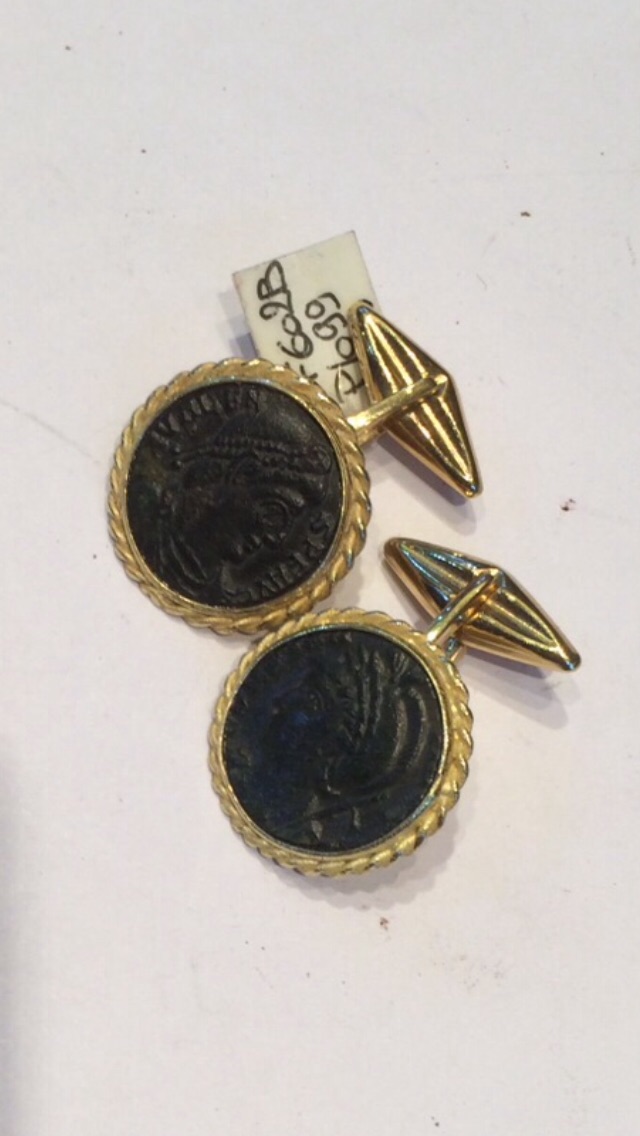 The first coin is the image of:

Valens was born around AD 328, as the second son of a native of Cibalae in Pannonia called Gratianus.

Alike his brother Valentinian he made a military career. He eventually came serve under Julian and Jovian in the household guard.
When Valentinian became ruler in AD 364, Valens was chosen to rule alongside his brother as co-Augustus.
While Valentinian chose the less prosperous and more endangered west, he appeared to leave the easier part of the rule to his brother in the east.

Had there been previous divisions of the empire into eastern and western parts, then it had always been eventually unified again. This division though between Valentinian and Valens proved to be final. For a short time the empires should run in harmony. And indeed under Theododius they would even be briefly reunited again. Though it was this division which is seen as the defining moment when east and west established themselves as separate realms.

However much easier the task in the east seemed at first, serious problems soon arose. Was Valens married to Albia Domnica then her father was Petronius, a man widely despised in Constantinople for his greed, cruelty and ruthlessness. So deep seated was the loathing that in AD 365 it even came to a revolt against the emperor and his hated father-in-law.
It was a retired military commander named Procopius who led the revolt and who was even hailed emperor and enjoyed widespread support.

In AD 366 the forces of Procopius and Roman Emperor Valens met at Nacolea in Phrygia. Procopius was betrayed by his generals who deserted him and once he fled he was betrayed yet again and executed.

His position as emperor of the east alas secured, Valens now turned to the threats facing his empire from the north. For the Visigoths, who had already lent Procopius their assistance, were becoming an ever greater threat to the Danubian provinces. Valens countered this threat by crossing the Danube with his troops and devastating much of their territory in AD 367 and then in AD 369 once more.

Thereafter Valens was occupied by troubles arising in the east. Among other things was a conspiracy surrounding a certain Theodorus, which needed to be dealt with in Antioch during AD 371/2.

In AD 375, at the death of his brother Valentinian, Valens assumed the rank of senior Augustus over his nephew Gratian in the west.

Valens was not to show the religious tolerance of his brother in the west. He was a vehement follower of the Arian branch of Christianity and actively persecuted the Catholic church. Some bishops were banished other members of the church met their death.

Next Valens attacked the Persians, though despite achieving one victory in Mesopotamia, hostilities soon ended in another peace treaty in AD 376, neither of the two sides being able to make much of an impression on the other by force of arms.

But then events begun unfolding which should lead to disaster. In the same year as the peace treaty with the Persians, AD 376, the Visigoths came flooding across the Danube in unbelievable numbers.
The cause of this unprecedented invasion was the arrival of the Huns hundreds of miles to the east. The realms of the Ostrogoths (the ‘bright Goths’) and the Visigoths (the ‘wise’ Goths) were being smashed by the arrival of the notorious horsemen, pushing a first wave of terrified Visigothic refugees across the Danube.

What followed was a disaster from which the Roman empire would never recover. Valens permitted the Visigoths to settle in the Danubian provinces in their hundreds of thousands.
This introduced a barbarian nation into the territory of the empire. Had the Danube provided a protective bulwark against the barbarians for centuries, then now the barbarians suddenly were within.
More so, the new settlers were treated deplorably by their Roman governors. They were desperately exploited and forced to live in cramped starvation conditions. It was no wonder that they rebelled. With no frontier troops to stop them crossing into roman territory, the Visigoths, under their leader Fritigern, could now ravage the Balkans with ease.
And to make matters worse, the mayhem created by the Visigoths caused such large-scale disruption that hordes of further German tribes could pour across the Danube behind them.

Valens rushed back from Asia to deal with this terrible crisis. He called upon Gratian to come to his support, yet the western emperor had trouble of his own dealing with the Alemanni. Though once Gratian had freed himself from the immediate menace of the Alemanni, he sent word to Valens that he was coming to his aid and he indeed did mobilize a force and begin marching east.
But Valens decided to move without he help of his co-emperor. Perhaps he was overconfident, his general Sebastianus already having fought a successful engagement at Beroe Augusta Trajana in Thrace against the enemy. Perhaps the situation became impossible and he saw himself forced to act. Perhaps he simply did not want to share the glory with his nephew Gratian. Whatever Valens’ reasons, he acted alone and engaged a massive Gothic force of an estimated 200’000 warriors near Hadrianopolis (also Hadrianople and Adrianople). The result was a catastrophe. Valens army was completely annihilated.
Valens himself perished in the Battle of Adrianople (9 August AD 378). His body was never found.

The second coin is the image of:

Emperor Constans was born in about AD 320, as the son of Constantine and Fausta. He was educated at Constantinople and was proclaimed Caesar (junior emperor) in AD 333.

In AD 337 Constantine died and Constans became joint emperor with his two brothers, Constantine II and Constantius II, after they had agreed to execute the other two heirs and nephews of Constantine, Dalmatius and Hannibalianus.
His domain was that of Italy and Africa, a small territory, when compared to those of his brothers, and one which he was not at all content with. And so after a meeting of the three Augusti in Pannonia or at Viminacium in AD 338 Constans was generously given control of the Balkan territories, including Constnatinople.
This large increase of Constans’ power, much annoyed Constantine II who in the west saw no additions to his own realm.

As the relationship with Constantine II worsened, Constans became ever more reluctant to accept his elder brother as senior Augustus.
As the situation turned more and more hostile, Constans in AD 339 handed back control of Thrace and Constantinople to Constantius II in a bribe to ensure his other brother’s support.

Finally in AD 340 things between Constantine II and Constans reached crisis point. Constans was at the Danube dealing with the suppression of the Danubian tribes. Constantine II took this opportunity to launch an attack on Italy.
Surprisingly, a vanguard urgently detached from his main army and sent to slow the invasion’s progress ambushed and killed Constantine II, leaving Constans joint ruler of the Roman world with Constantius II.

Though the joint rule of the two brothers was not an easy one. Had the ‘Nicene Creedunder their father Constantine defined the Christian branch of Arianism as heresy, then Constantius II was effectively a follower of this form of Christianity, whereas Constans oppressed it in accordance to his father’s wishes.
For a while the growing divide between the two brothers created a serious threat of war, but in AD 346 they simply agreed to differ on religious matters and live in peace side by side.

In his role as a Christian emperor, much like his father Constantine, Constans took an active part in trying to promote Christianity. In turn this led him to continue the persecution of the Donatist Christians in Africa, as well as to act against the pagans and the Jews.

In AD 341/42 Constans gained notable victories against the Franks and along the Danube, before crossing to Britain where he oversaw operations along Hadrian’s Wall.

But Constans was an unpopular ruler, especially with the troops. So much so, they overthrew him. In January AD 350 a mutiny was led by Magnentius, a former slave of Constantine who had become Constans’ army chief. The mutineer proclaimed himself Augustus at Augustodunum (Autun) and Constans was forced to flee toward Spain. But one of the usurper’s agents, a man named Gaiso, caught up with Constans on the way and killed him. 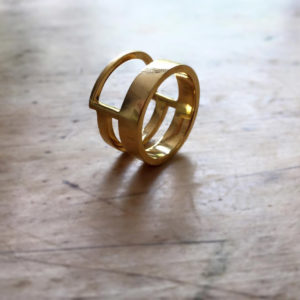 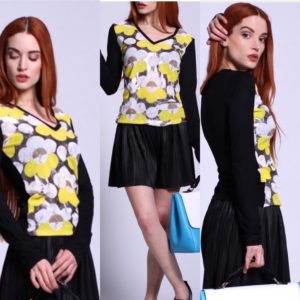 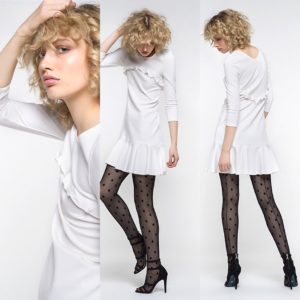 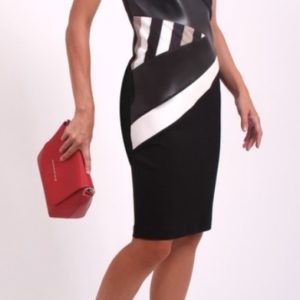 Dress with eco-leather and neoprene inserts

£238.00
We use cookies to ensure that we give you the best experience on our website. If you continue to use this site we will assume that you are happy with it.Ok